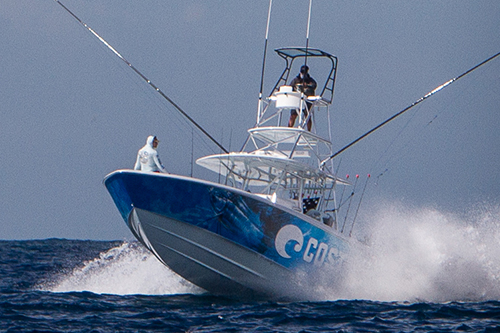 The party moves south, as the highly anticipated grand finale of the Quest for the Crest Sailfish Series, Final Sail, closes out in Miami Beach this year. A hefty purse in excess of $800,000 is not the only prize teams have their eyes on. The prestigious burgundy jackets are also awarded to the top overall team at this final leg of the series. With an elite fleet of competitors, this world title is as tight as the lines, but the leader will be cut soon and just one team will claim their spot in the competitive sailfishing hall of fame. 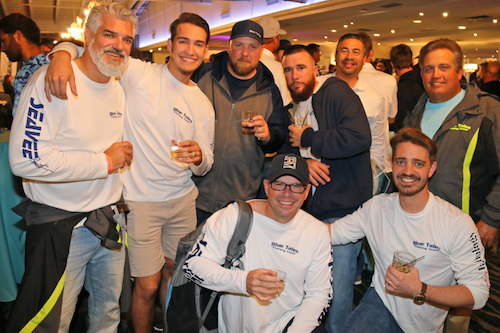 Major payouts aren’t the only attraction for teams at Final Sail.  This grand finale takes place in Miami Beach, with an exciting kick-off party overlooking beautiful Biscayne Bay and a Resorts World Bimini sponsored “Casino Night” where anglers compete on the green felt to help raise money for the tournament charity, Fishing for Muscular Dystrophy.  The kick-off party is held Wednesday, April 3rd at the incredibleDoubleTree by Hilton Grand Hotel Biscayne Bay.  With a “day of rest” in between, competition starts on Friday, April 5th with lines in at 8 a.m.  Following lines out on day one, teams can unwind for happy hour at the famous Monty’s Restaurant in Miami Beach Marina with complimentary drinks and food. Day two of competition is Saturday April 6th and tensions will be high as the final scores determine both the winners of Final Sail and the Quest for the Crest series. 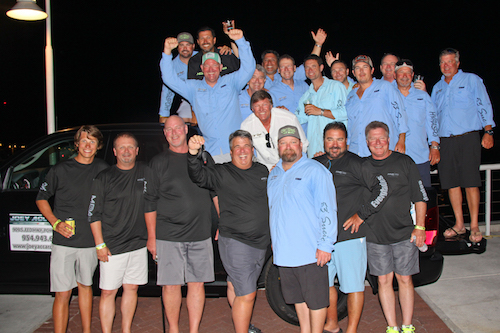 With a total purse exceeding $1.9 million dollars, several boats have claimed six figure prizes at each stop for the series. With a current payout approaching $350,000 and a winner-take-all format, the Release Round Up has the undivided attention of every team and many spectators heading into Final Sail. Run the table in Final Sail and your team will have a shot at a payday in excess of $500,000. Five teams were in arms reach of the jackpot in the last tournament, Sailfish Challenge, and two of those teams needed just two more releases to win the massive jackpot. The signature category is broken into four rounds of fishing (morning and afternoon) over the two-day competition. In each round, a random number between 1 and 6 is drawn at the start of the round and represents the minimum number of sailfish a team must release during the 4-hour round in order to advance to the next. A team must advance through all four rounds and have the most releases in the final round among their competitors in order to claim the jackpot. 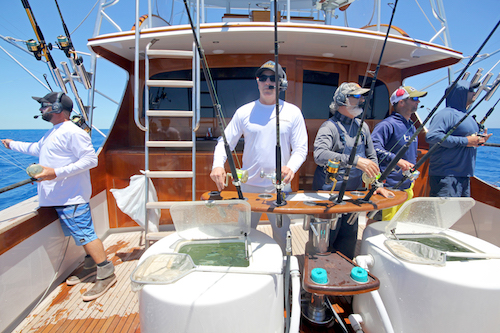 The results of the first two legs in the series have been diverse, with Utopia taking first place for Operation Sailfish with 14 releases, MDALA only a release behind with 13, and Kluch/Reel Easy taking 3rd place with 12 releases. Sailfish Challenge was a nail-bitter to the end. Native Son, one of the final five in the Release Round Up at the Challenge, secured 1st place with 20 releases. Team Good Call followed closely behind in 2nd with 19 releases and Kluch/Reel Easy snagged back-to-back 3rd place finishes with 18 releases. Their consistent performances earned them the lead in the series standings with 56 points followed by Bar South in 2nd place with 51 points, and one of the center-console favorites, team Showtime in 3rd place with 49 points on their 39’ SeaVee. 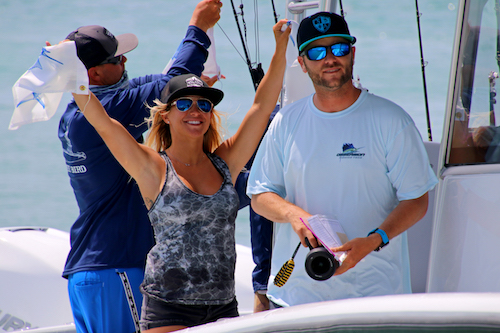 Claiming the world champions title and the burgundy jacket requires dominant performances and most importantly – consistency. As the final sailfish tournament of the season, teams know what’s at stake in Final Sail.  Who will rise to the occasion?  The 7th annual Final Sail will be one to remember and the tournament of the season you won’t want to miss.  Click here to register now for Final Sail!  Registration remains open until the conclusion of the kickoff party on April 3rd.  For a complete list of Quest for the Crest standings click here.