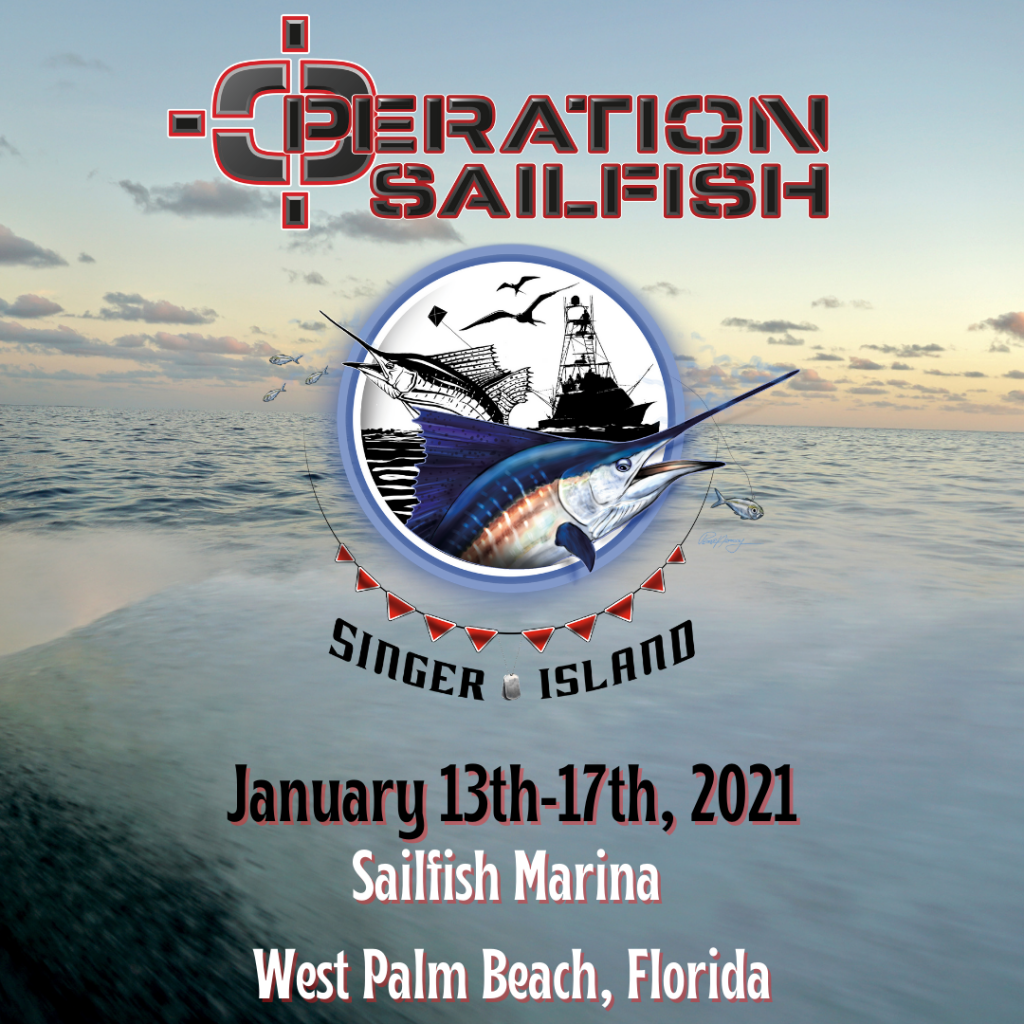 Operation Sailfish set to Kick Off January 13th,2021 at Sailfish Marina with a new “Battle of the Brackets” Competition Presented by Huk

West Palm Beach, FL– Operation Sailfish is back for the 9th year in a row. Anglers will descend on the docks of the historic Sailfish Marina Resort for the first of 3 legs in the Quest for the Crest Sailfish Series. Participants in the two-day long tournament will battle it out for a chance to win a cash purse worth over $800,000, exclusive champion dog tags and, of course, a year of bragging rights.

The event kicks off Wednesday January 13th, 2021 at Sailfish Marina Resort in Palm Beach for a kickoff party complete with a color guard and national anthem ceremony, followed by complimentary cocktails and dinner courtesy of tournament sponsors, live and silent auction, and entertainment by DJ Select.  The competition will extend over two days, Friday January 15th and Saturday January 16th. Brunch and an awards ceremony will be held on Sunday, January 17th followed by a closing ceremony to retire the flag and pay final respects to the great men and women of our United States military.

Early registration is $1200 per boat and runs through December 30th, 2020. The price will jump to $1700 for late registration after the 30th, so register early to save $500! In addition to the prestigious first place title, there are several opportunities through a variety of general and optional entry categories for anglers to snag some additional cash. Operation Sailfish calcuttas include a Fish for Charity option which will benefit the tournament charity, Operation Homefront, as well as a ‘Winner Take All’ category and two tiers of dailies where teams can win over $50,000 per day. There are also three meatfish optional entries like the Big Fish Bonanza Winner Take All, the Big Three and meatfish dailies. Teams can preselect and pay for their calcuttas during online registration or they can select and pay them the day of the tournament.

The all new ‘Battle of the Brackets’ presented by Huk is guaranteed to create the most hype in the Quest for the Crest this year. This March Madness style contest will pit 32 teams in head-to-head battles across each leg of the series with just 1 winner standing at the end of the series! And the best part…. there is no entry fee. That’s right, the only way a team can earn their way into one of the thirty-two coveted spots is to be voted in by their fans and followers! The 32 teams in the Operation Sailfish field with the highest number of votes will receive the invite to battle it out and advance to the next round of competition or face elimination! 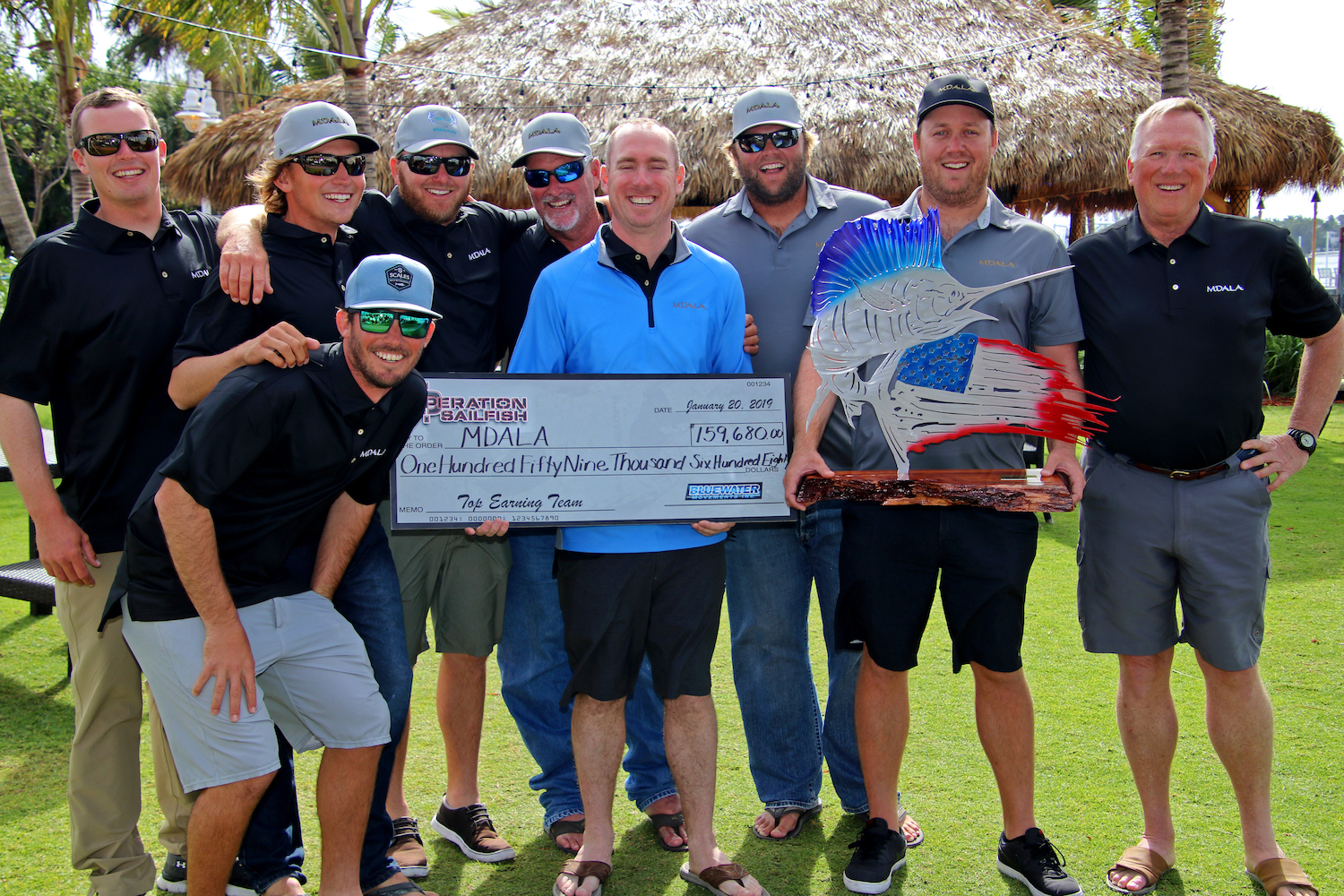 What makes Operation Sailfish truly unique is the charitable opportunity it provides anglers to give back to the men and women who proudly serve our nation in the United States military. The annual “Take a Hero Fishing Day” will be held on January 14th, 2021 in partnership with Operation Homefront, a 501(c)(3) organization whose mission is to build strong, stable and secure military families that can thrive in the communities they’ve worked hard to protect.

“Take a Hero Fishing Day” is a once in a lifetime opportunity for current active duty or veterans to sail the seas for a fun day of fishing prior to the start of the tournament. Teams are paired up with a hero to enjoy a day of fishing, followed by a cocktail party and awards ceremony, where the top hero’s will receive their very own trophies! Heroes can visit the following link to fill out their application or anglers can nominate a hero to join them on their boat, please click here. 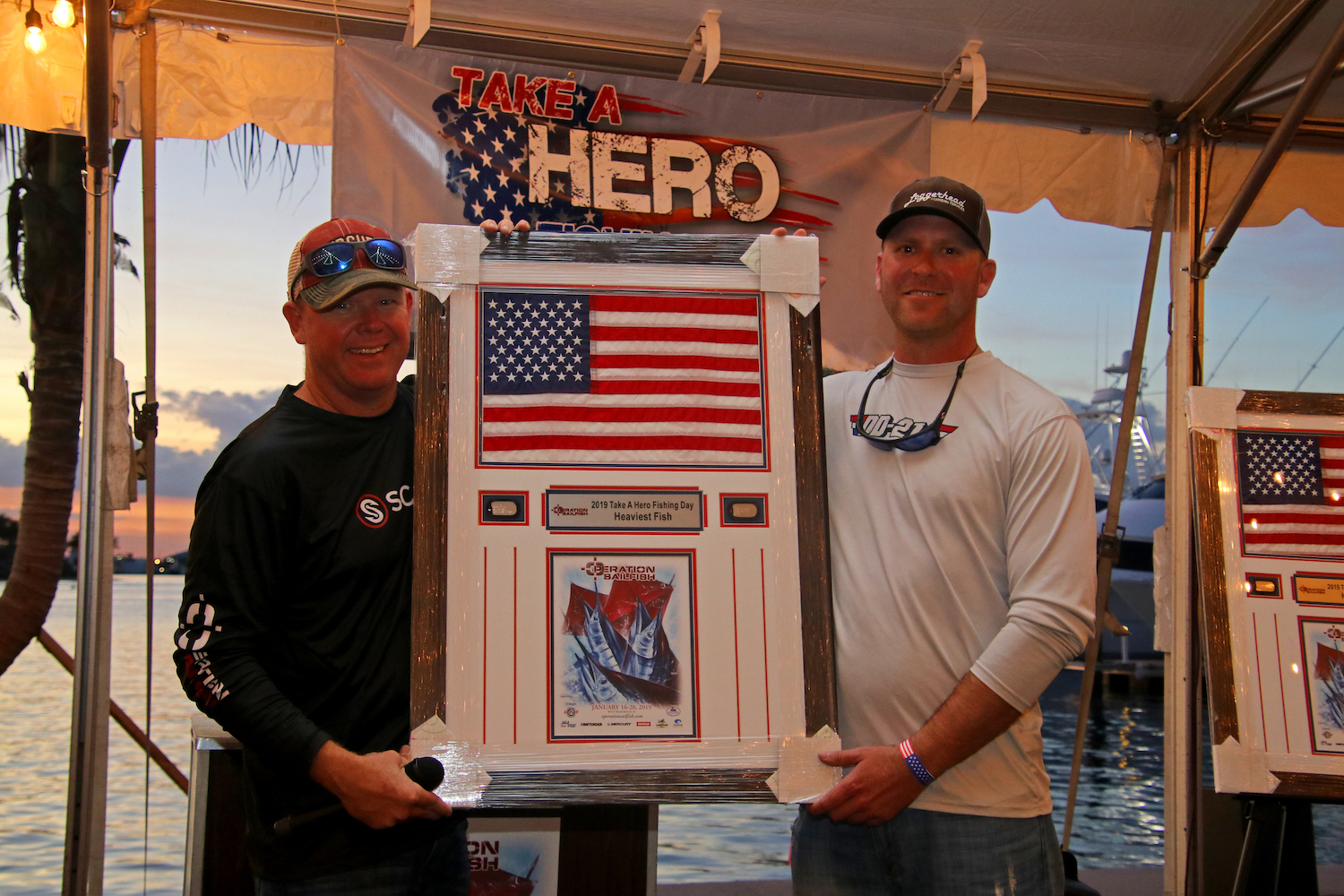 For more information on Operation Sailfish, please visit the tournament website at www.operationsailfish.com or call 954-725-4010. The entire Quest for the Crest Sailfish Series schedule can be found at www.questforthecrest.com.

COMPETE IN THE MOST PRESTIGIOUS SAILFISH SERIES IN THE COUNTRY.

The Quest for the Crest is a 3-leg sailfish series with stops in Palm Beach, Ft. Lauderdale and Miami, FL. The allure of a $2 million dollar purse and a hot sailfish bite attracts some of the top teams in the sport to this elite series every year. With prime dates secured in premier destinations during the sailfish season in South Florida, each leg of the series is guaranteed to deliver the ultimate tournament experience for fellow competitors. The crown jewel of billfishing, the burgundy jacket, is presented to just one team at the conclusion of the Quest series each year. Both the jacket and the crest that resides on it, represent the highest achievement in the sport. Privilege is earned in this series where teams go all in to become the #1 sailfishing team in the world.

Today is “Take a Hero Fishing Day” which is on