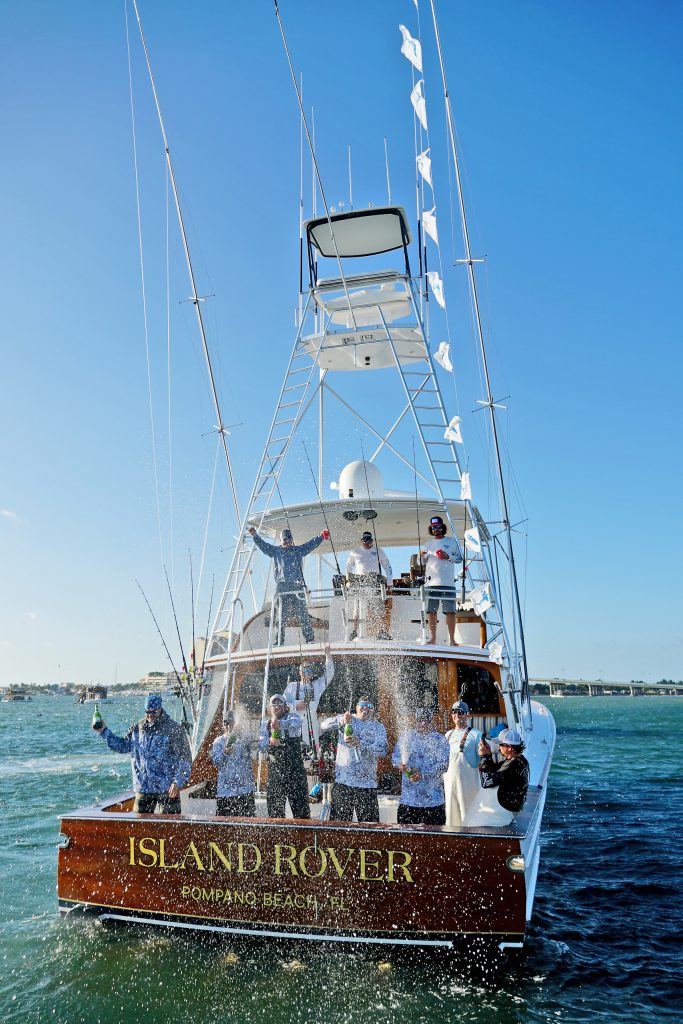 The second leg of the Quest for the Crest did not disappoint, with 193 sailfish releases total for the tournament across a 64 boat fleet. The tournament kicked off with the annual Captain’s Meeting/ Kick Off Party hosted by Galuppi’s in Pompano Beach and concluded with an awards ceremony at Blue Moon Fish Co in Fort Lauderdale.

The three inlet format allowed boats to fish in a wider boundary which worked well for Weez In The Keys. They fished south towards Miami in their native waters and released 6 sails which was enough to secure them First Place on Friday and take home the Tier 1 & 2 Dailies for a $62,235 payday! Weez ultimately finished Second Place Overall and won the Charity Calcutta, which supported the ongoing Bahama’s relief effort; for a grand total of $130,995! 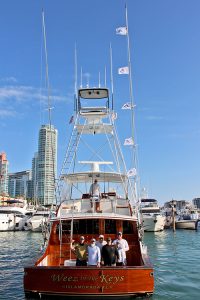 However, it was Native Son who hooked up to a last minute double just shy of 4pm on Saturday, which sent Art Sapp & his crew over the top and claimed the title of Sailfish Challenge Champions 2021! Native Son’s 13 sail releases earned them a nice chunk of change and the title of highest earnings ever for a First Place team in the Sailfish Challenge, taking home a check worth $255,340! 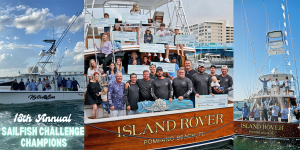 Captain Art Sapp proved this weekend why boats don’t catch fish; captain’s do. On Friday, Native Son fished on their 39’Seavee and switched it up on Saturday to a Sportfish due to the change in weather. The debate on which boat is better, obviously comes down to personal preference but Native Son showed that skill is what earns you a spot in the victory circle and puts you on the fish!

The Edge had themselves a weekend, finishing in Third Place overall with 8 sail releases. The team out of Dallas, Texas had a Day 2 surge which helped them move into the top 3 overall and claim the Early Bite Saturday, for a total of $29,720! 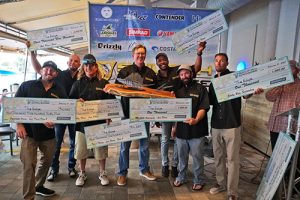 Although Sailfish Challenge is clearly a Sailfish Tournament, there are ample opportunities to bring home some dough through the meatfish calcuttas! It was clear last tournament, when Bryce Statham and Blue Moon swept the meatfish categories and went home with a hefty check of more than $55k. It was obvious that other teams took note of this during the Quest’s second leg. 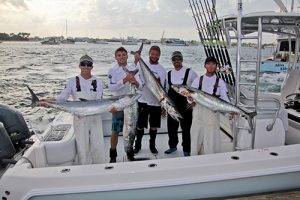 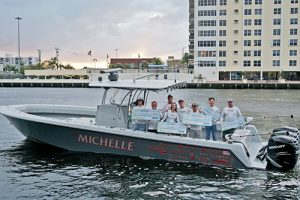 Full Results Can Be Found: https://fish.bluewatermovements.com/Leaders/Overall/50

The Quest For The Crest concludes with Final Sail April 7-11, 2021! The Grand Finale of the Quest For The Crest Series, is hosted at the award winning Doubletree by Hilton Grand Hotel Biscayne Bay. Located in the heart of downtown Miami, anglers will find everything they need on property during their stay for the tournament.

A discounted room block is available on a first come, first serve basis through March 11, 2021 or when the block is full, whichever comes first.

and use Reservation Code “FS2” to receive the discounted room prices!

This iconic series hosts some of the top billfishing teams in the sport.  Teams in this 3-leg series are expected to compete for an estimated purse of over $2.3 million. However, the most coveted award – The Crest – doesn’t come in the form of a cash prize. The Crest represents the pinnacle of tournament sailfishing. It is viewed as the highest accolade bestowed upon a team.  Presented in jacket form, competitors must emerge as the most dominant among an elite field in order to don the burgundy jacket.  Privilege is earned, not given on this quest to crown a world champion.

Coverage for the big guys and the little guys, C &

Fishing For MD (Muscular Dystrophy), or FFMD, is a

Introducing the artist behind the artwork for our

😎 Shades for days 😎 . If your team fishes al