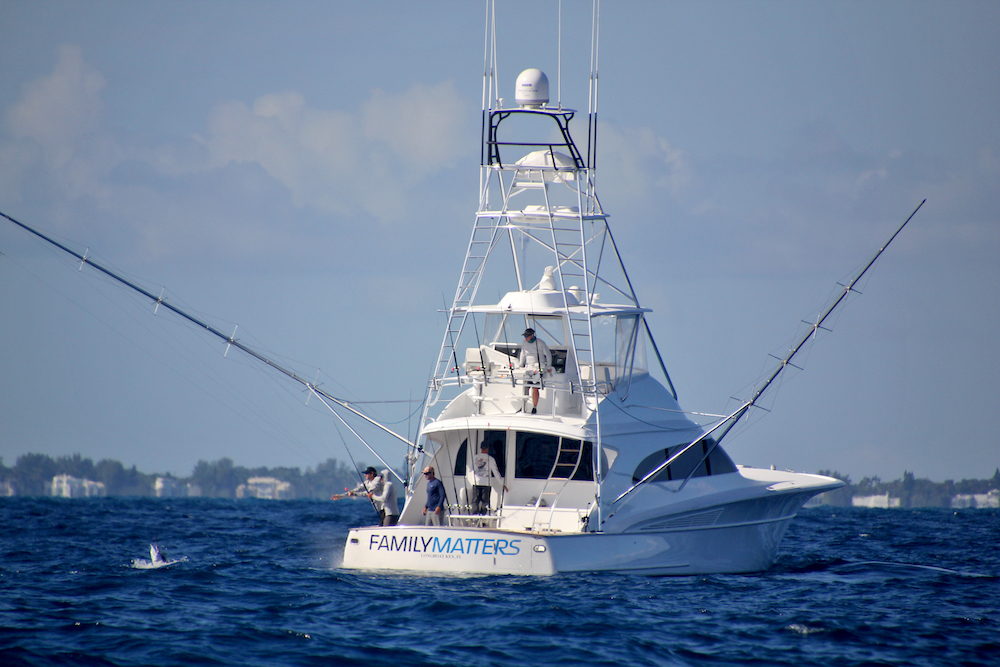 Sailfish Challenge, Leg 2 of the most highly touted sailfish series around the globe is upon us. The 19th Annual tournament hits South Florida on February 23rd with an electric kickoff party at Galuppi’s in Pompano Beach headlined by the rock/reggage bane Holidazed. Competition is spread over two days and 3 inlets – Government Cut in Miami, Hillsboro Inlet in Pompano Beach and Lakeworth Inlet in Palm Beach. Tournament teams can also look forward to a decadent awards ceremony on February 27th at Blue Moon Fish Company in Ft. Lauderdale.

Margaritaville and Landshark Lager are keeping the tournament volume cranked up with their sponsorship of the signature ‘Coin Challenge’ competition that groups teams together to see which group can release the most sails and one lucky team will win a weekend vacation package to Margaritaville Hollywood, FL resort compliments of Landshark Lager.

New for the 2022 Sailfish Challenge, The Billfish Foundation (TBF) has been selected as the charitable beneficiary of the event. TBF is a science-based, sportfishing conservation organization established by anglers 35 years ago to advance billfish research, marine youth education and responsible fishery management. They have also joined the effort to significantly curb Atlantic shark depredation on billfish and all other pelagics impacted by the predator/prey imbalance that recreational fishermen have been witnessing firsthand on the water in recent years.

Registration for the Sailfish Challenge, $1,700 per boat, remains open through the kickoff party on February 23rd. In addition to the prestigious first place title, there are several opportunities through a variety of general and optional entry categories for anglers to snag some additional cash. Sailfish Challenge Calcutta’s include a Fish for Charity option which will benefit, ‘The Billfish Foundation’ as well as a number of other optional entry categories including daily calcuttas where teams have the chance to win daily payouts of near $100,000 per day! There are also three meatfish optional entries like the winner-take-all Big Fish Bonanza, the Big Three and meatfish dailies. Teams can select and pay for their calcuttas in advance or in person at the kickoff party.

Bluewater Movements, Inc., is a sport’s marketing company based in South Florida, the sportfishing capital of the world. Throughout the past 27 years, our team has developed some of the most successful competitive fishing events in the industry. Our background in tournament fishing coupled with our expertise in event marketing has enabled a premium experience for tournament anglers and sponsors. Within our portfolio there are seven wildly popular fishing tournaments, all hosted at various venues across Florida.

COMPETE IN THE MOST PRESTIGIOUS SAILFISH SERIES IN THE COUNTRY. The Quest for the Crest is a 3-leg sailfish series with stops in Palm Beach, Ft. Lauderdale and Miami, FL. The allure of a $2 million dollar purse and a hot sailfish bite attracts some of the top teams in the sport to this elite series every year. With prime dates secured in premier destinations during the sailfish season in South Florida, each leg of the series is guaranteed to deliver the ultimate tournament experience for fellow competitors. The crown jewel of billfishing, the burgundy jacket, is presented to just one team at the conclusion of the Quest series each year. Both the jacket and the crest that resides on it, represent the highest achievement in the sport. Privilege is earned in this series where teams go all in to become the #1 sailfishing team in the world.