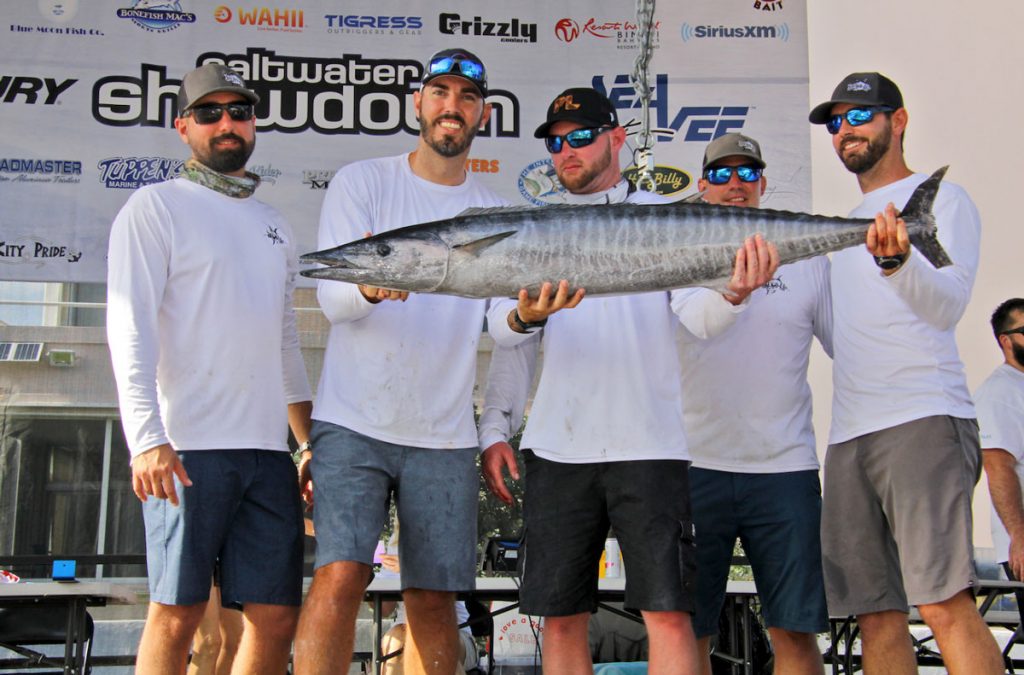 Teams competing in the 2019 Mercury/SeaVee Pompano Beach Saltwater Showdown on August 17th knew that a stout wahoo could be the fish to put them in the money in the tournament. With tournament competition falling just two days after the August full moon, expectations were high for a good wahoo bite.

Unfortunately, dirty water showed up on tournament day and shut the wahoo bite down. Only three wahoo were weighed by the record setting 83 boat fleet. Captain Derek Stoller and his teammates on Jack’d Up caught one of them. Fishing the small boat division in their Mercury powered 26’ SeaVee they landed this 39.9 pound wahoo, the heaviest in its category. The wahoo was also the second heaviest fish caught in the tournament. It was the only fish they brought to the scale in the tournament, but it was enough to earn them a check for $4,942! No doubt they were JACK’D up after the tournament!