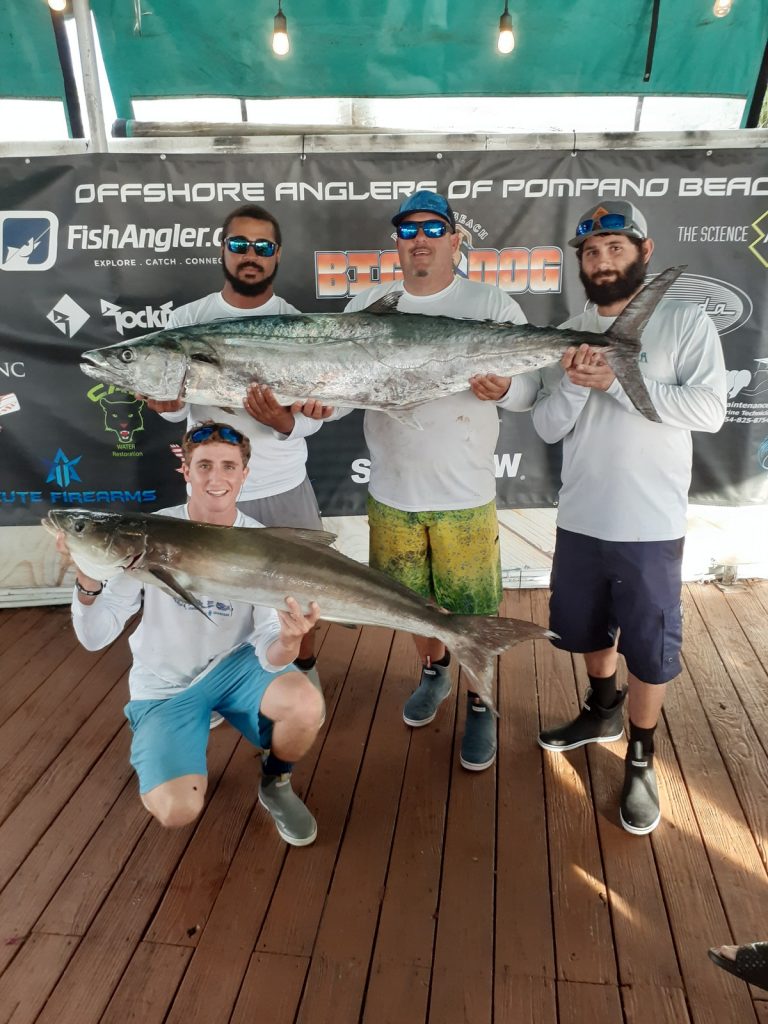 Captain Rick Schlee took a break from charter fishing off Jupiter last weekend to fish the Offshore Anglers of Pompano Beach Sailfish Tournament out of Sands Harbor. It was a good decision. Fishing in 80 feet of water, they hooked and landed this giant 66.8-pound kingfish. The fish ate one of their kite baits and made a blistering run right off the bat. Just out of gaff range, three bull sharks tried to eat the big king but Captain Rick quickly free spooled the reel to let the fish swim off and escape the wrath of the sharks. His mate threw a dead bonito in the water to distract the sharks and give them just enough time to get back on the fish and put a clean gaff shot on it! They managed to win first place in the aggregate division and also won some additional calcutta money for releasing the first sailfish of the tournament. Congrats!

🎣🌊 Day 1 of #SailfishChallenge lines are in!

⏰ We’re only hours out from #SailfishChallenge