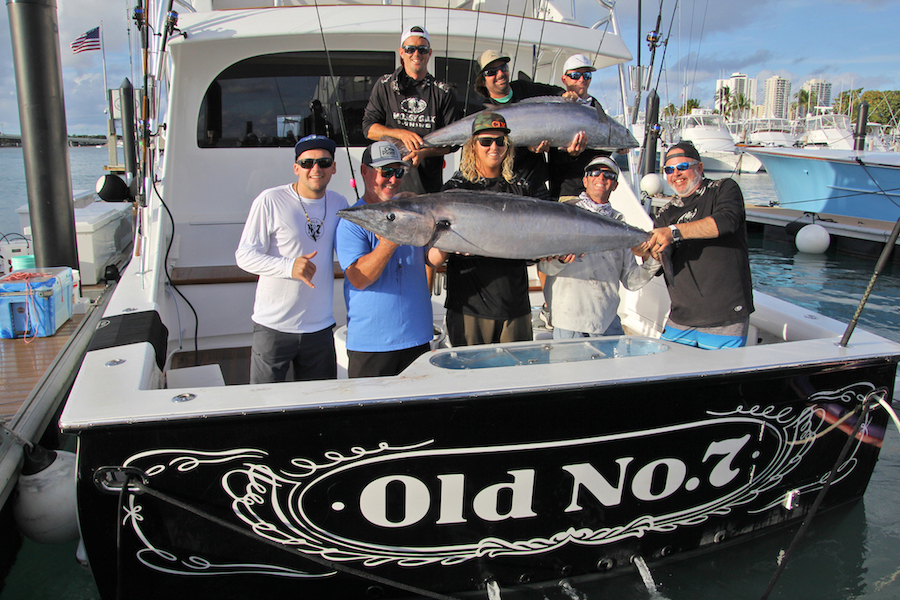 Old No. 7 had their sights sets on sailfish heading into the 17th Annual Sailfish Challenge. Who would have known that it would be a pair of huge wahoo that created a memory the team will never forget. Fishing off of Palm Beach on day 2 of the tournament, they landed the first fish, which tipped the scales at 85.5 pounds, around 9am. They celebrated what they thought was the tournament catch of a lifetime, particularly considering the fish was caught on 16-pound test line and thirty-pound monofilament leader with a circle hook.

Just three hours later, a fish left a massive hole in the water following a bite on the right kite. Nick Cardella put his angling skills to the test and it wasn’t long before the crew was sinking the gaff into another monster wahoo at the boat! The second fish weighed in at 84.7 pounds! Both fish set records as the heaviest wahoo ever weighed in the history of the Quest for the Crest Sailfish Series! No. 7 celebrated with a lifetime memory and a stout check for $39,080!