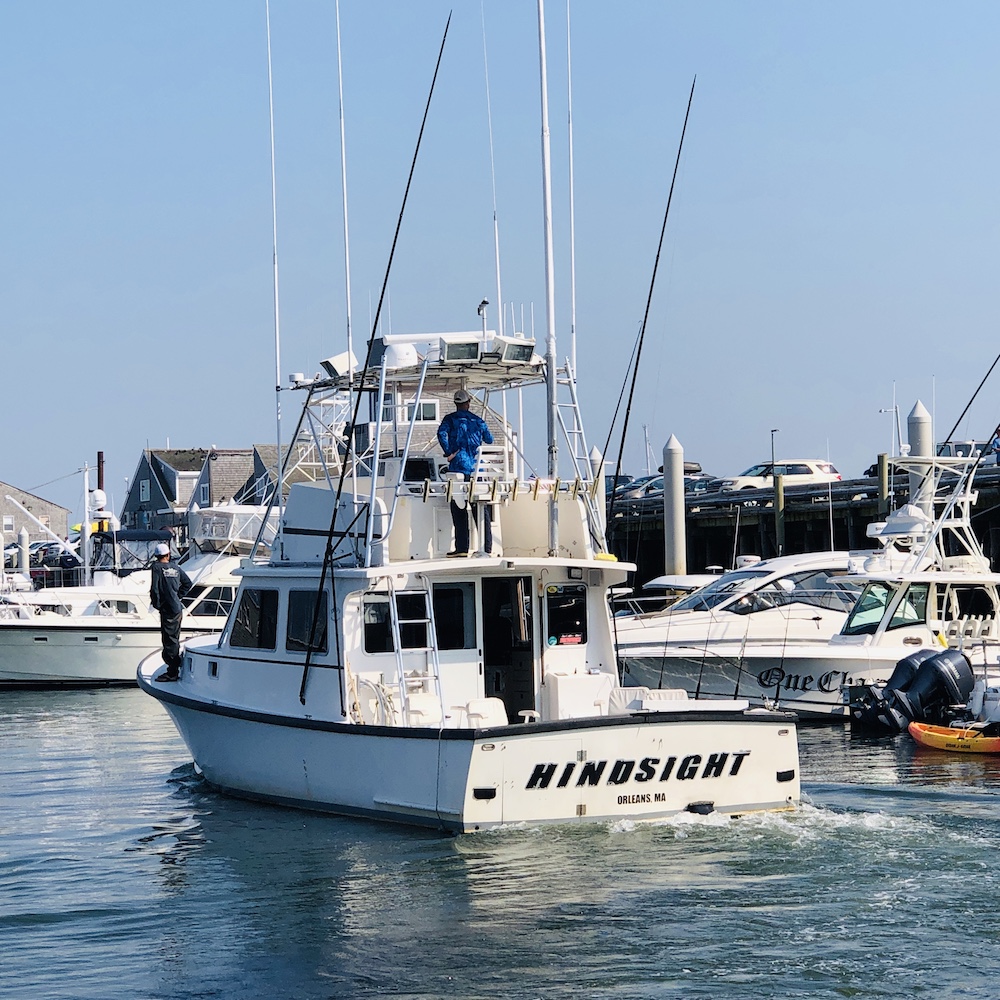 Jamie Bunn, owner/operator of Bluewater Movements, and good friend Greg Eickhorn had the opportunity to treat their boys to a day of fishing on a recent trip to Cape Cod, Massachusetts.  In the peak of tuna season in the northeast, the Bunn/Eickhorn crew teamed up with Captain Brett Wilson of Hindsight Sportfishing in hopes of landing a giant bluefin tuna.  When the charter was booked, Bunn said, “Put us down for a 600 pounder.”  Captain Brett, quickly responded with a light-hearted chuckle and said, “No problem, I’ve got you in the book.” 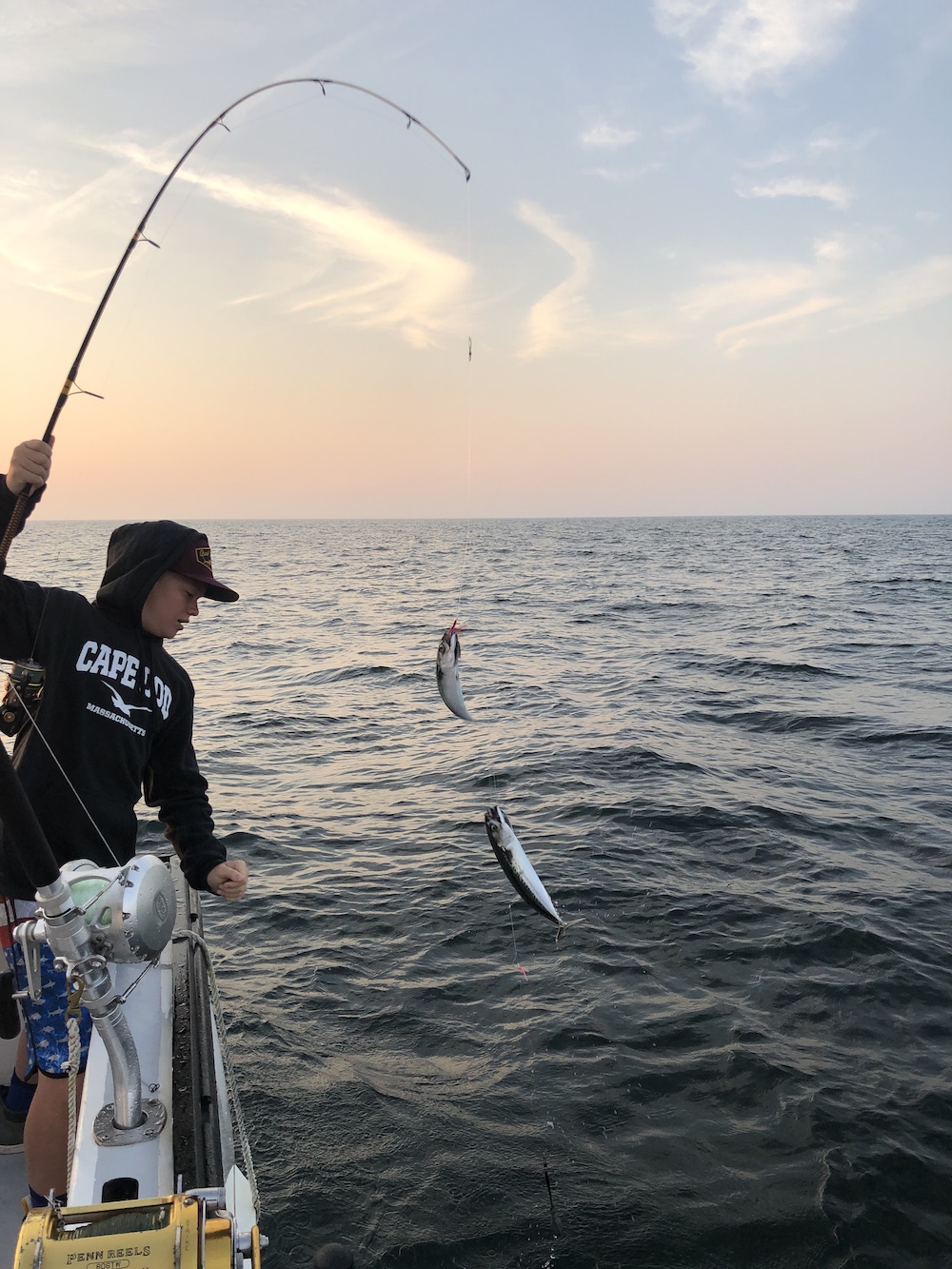 After a 4:30am departure from Provincetown, MA and a short steam offshore, they loaded up on mackerel as humpback whales were breaching the surface around the schools of bait.  With a well full of bait, the big gear went in the water and the waiting game began.  They didn’t have to wait long.  By 8:30am the middle balloon rod bent over, and line started peeling off the reel like it was attached to a freight train.  At about the 2-hour mark into the fight, Captain Brett knew they were locked up with the giant they asked for. 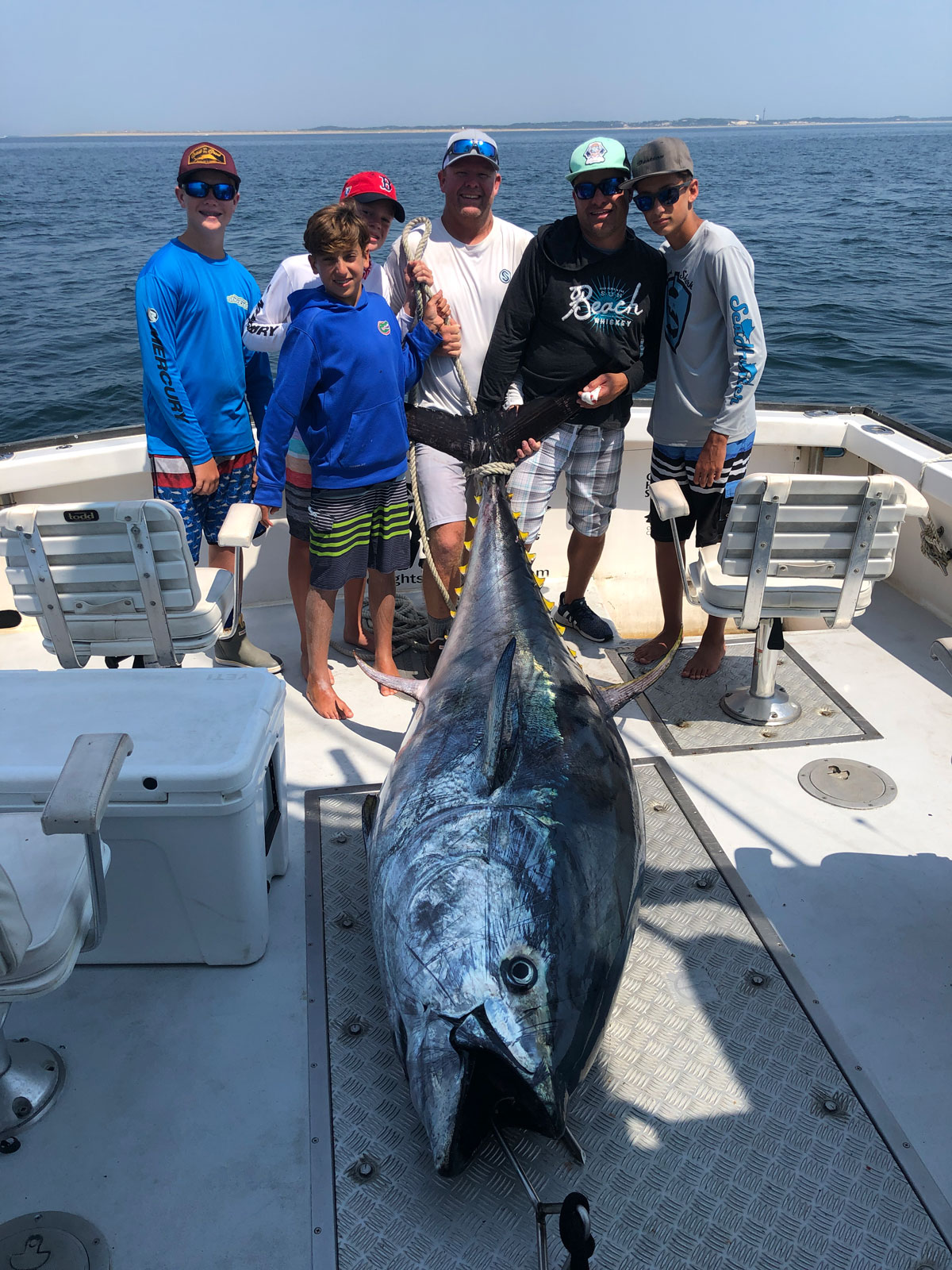 A 4-hour battle ensued, and the crew was finally able to put two darts in the fish and celebrate the catch of a lifetime!  The fish taped out at 101 inches and tipped the scale at 602 pounds!  It was a tall order, but Captain Brett delivered.  Congrats to the entire crew on a truly magnificent catch! 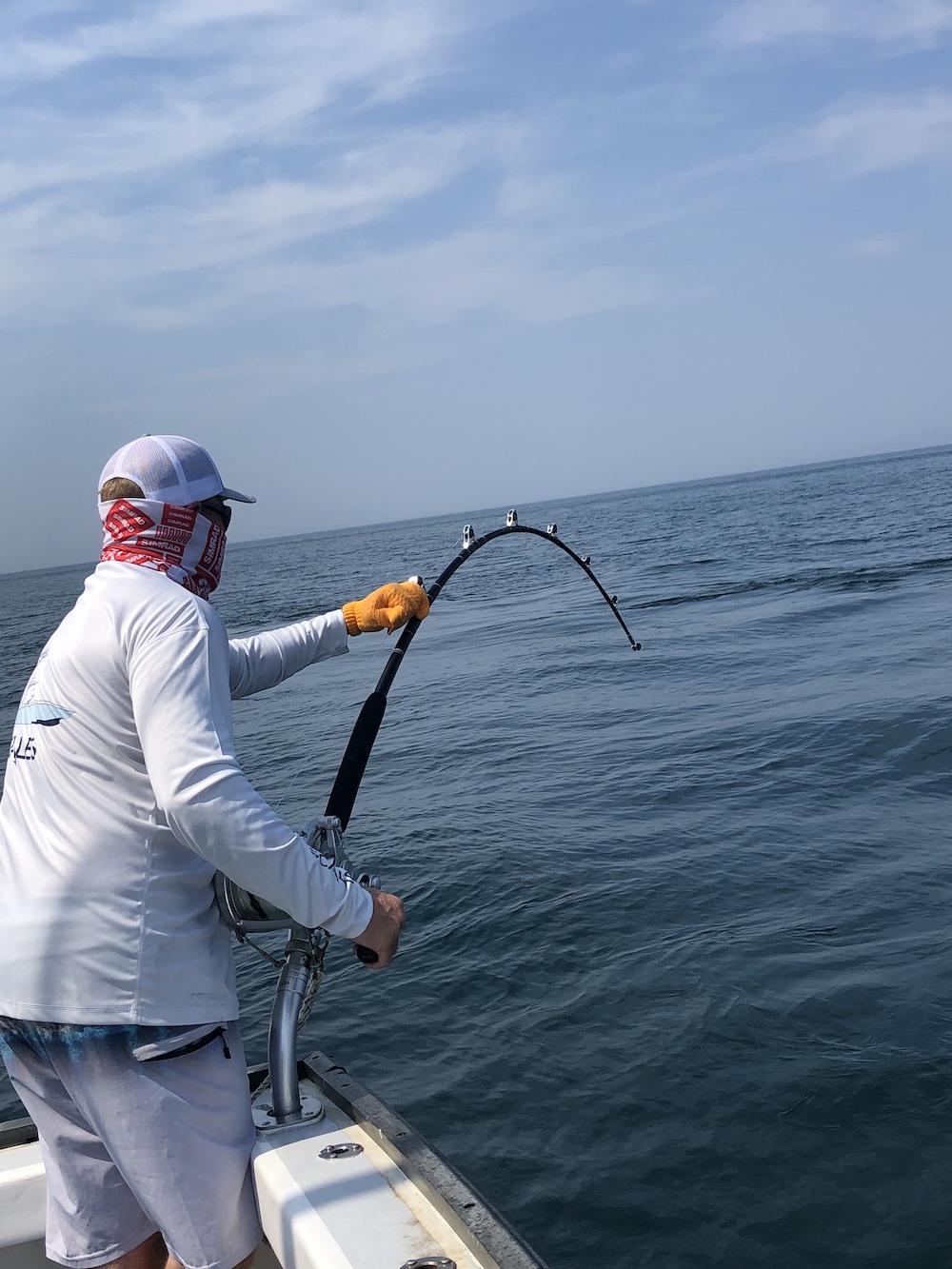