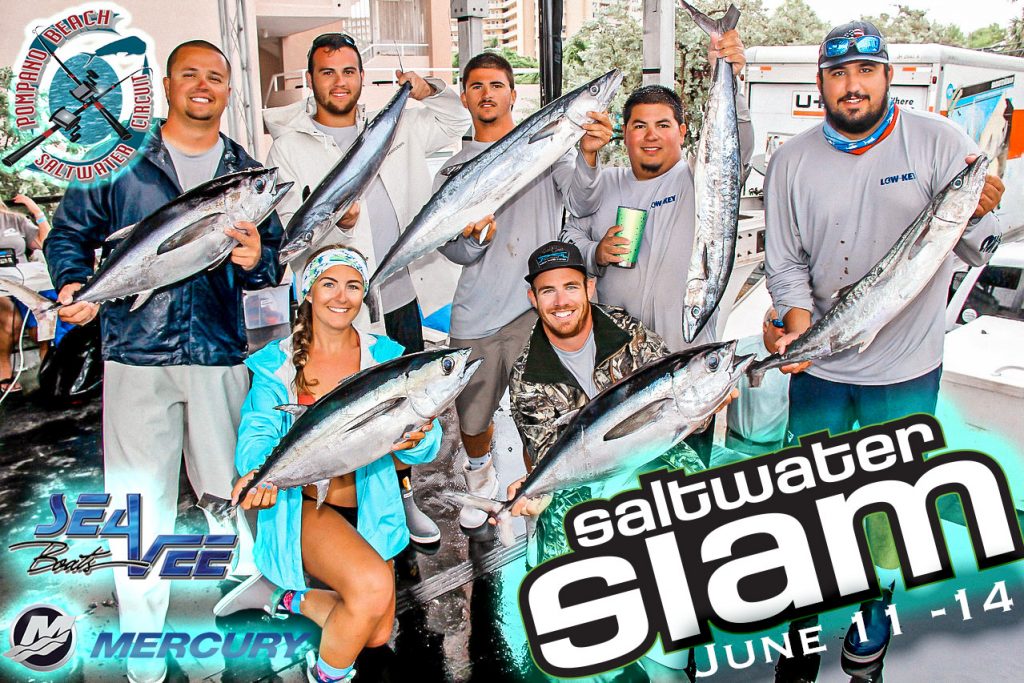 Pompano Beach, FL. (June 1, 2020) – While anglers have been quarantined over the past several weeks from COVID-19, the bite has been hot in South Florida!! For the first time in many years, South Florida anglers will kick off the 2020 Pompano Beach Saltwater Circuit with the 25th Annual Mercury/SeaVee Pompano Beach Saltwater Slam on June 11-14. The Saltwater Shootout, originally scheduled for May 14-17 was rescheduled for July 16-19, amidst ongoing COVID-19 regulations. The date change, which repositioned the Slam as the first leg of the series for this season, will be a trip down memory lane for veteran PBSC teams. In the early years, the series was held with the Saltwater Slam as the first leg in June, followed by the Shootout in July and the Showdown in August. 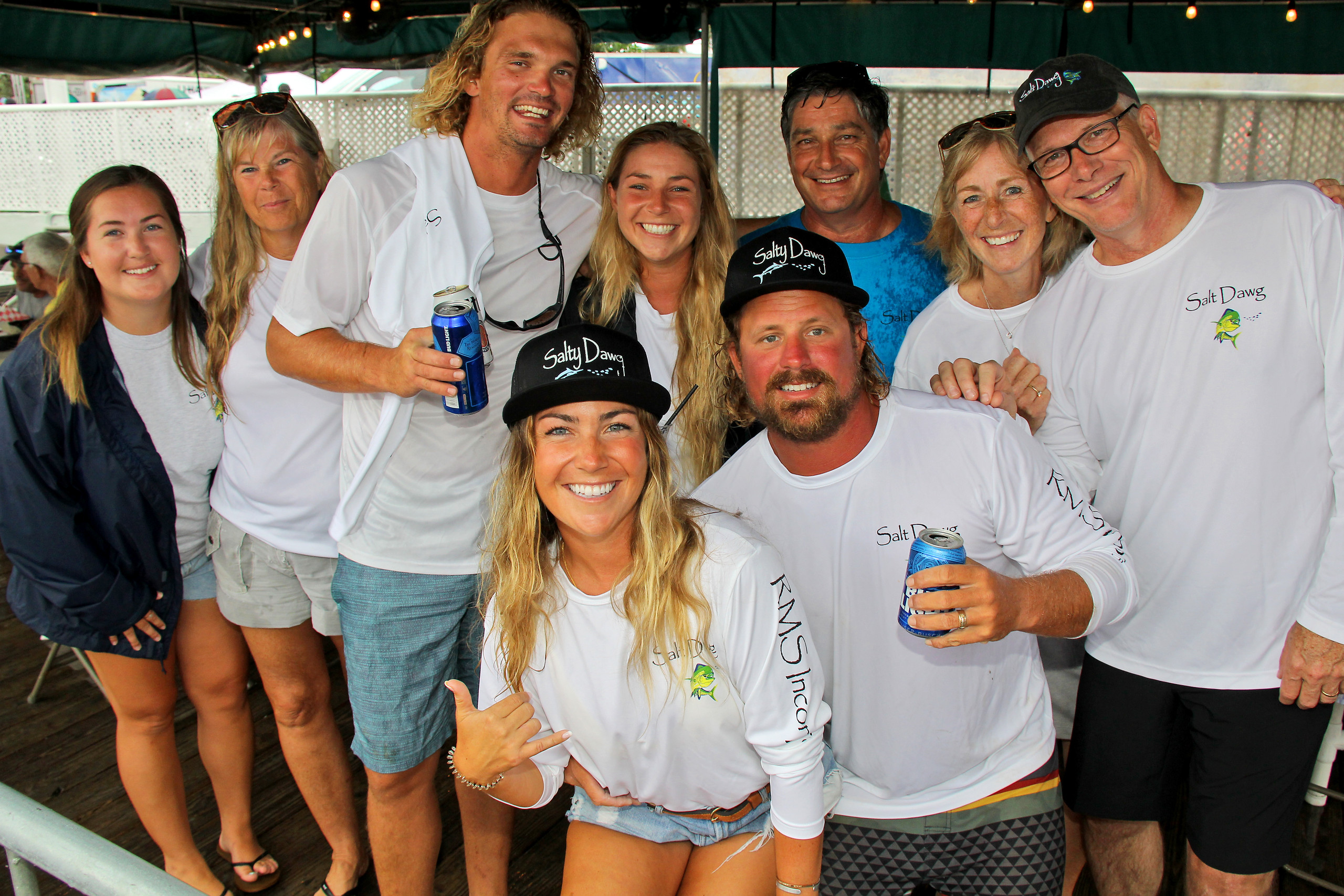 It’s meat-fishin’ season and anglers are fired up to make 2020 a record-breaking series. The Mercury/SeaVee Pompano Beach Saltwater Slam is shaping up to be one of the most anticipated tournaments of the year. With over $550,00 in cash and prizes up for grabs in the PBSC series and an estimated $200,000 at stake in each tournament, it’s all on the line for the Saltwater Slam! The Slam is jam-packed with over 60 ways to win big with both your general entry divisions and your optional calcutta’s, including $10,000 for Top Overall Team, $1,000 per heaviest species, $1,500 for the Top “Small Boat” (now eligible to boat 26’ and under with a maximum 400HP), and $2,000 for the Top “Non-Pro” team to mention a few. Grizzly Coolers has upped the stakes in the big fish category as well with a bonus $1,000 certificate for the heaviest fish overall in the tournament.

The 25th Annual Slam is touting over $200,000 in the optional entry categories, including an estimated $78,840 in the winner-take-all “Pick 3” (Catch 3 of the 5 eligible species) with only a $200 buy-in, along with the “KDW Jackpot” (Catch a weighable Kingfish, Dolphin, Wahoo) with an estimated $55,620 winner-take-all payout as well! There’s more where that came from, catch the heaviest fish of the tournament and your team could be staring down the barrel of a payout of more than $25,000! 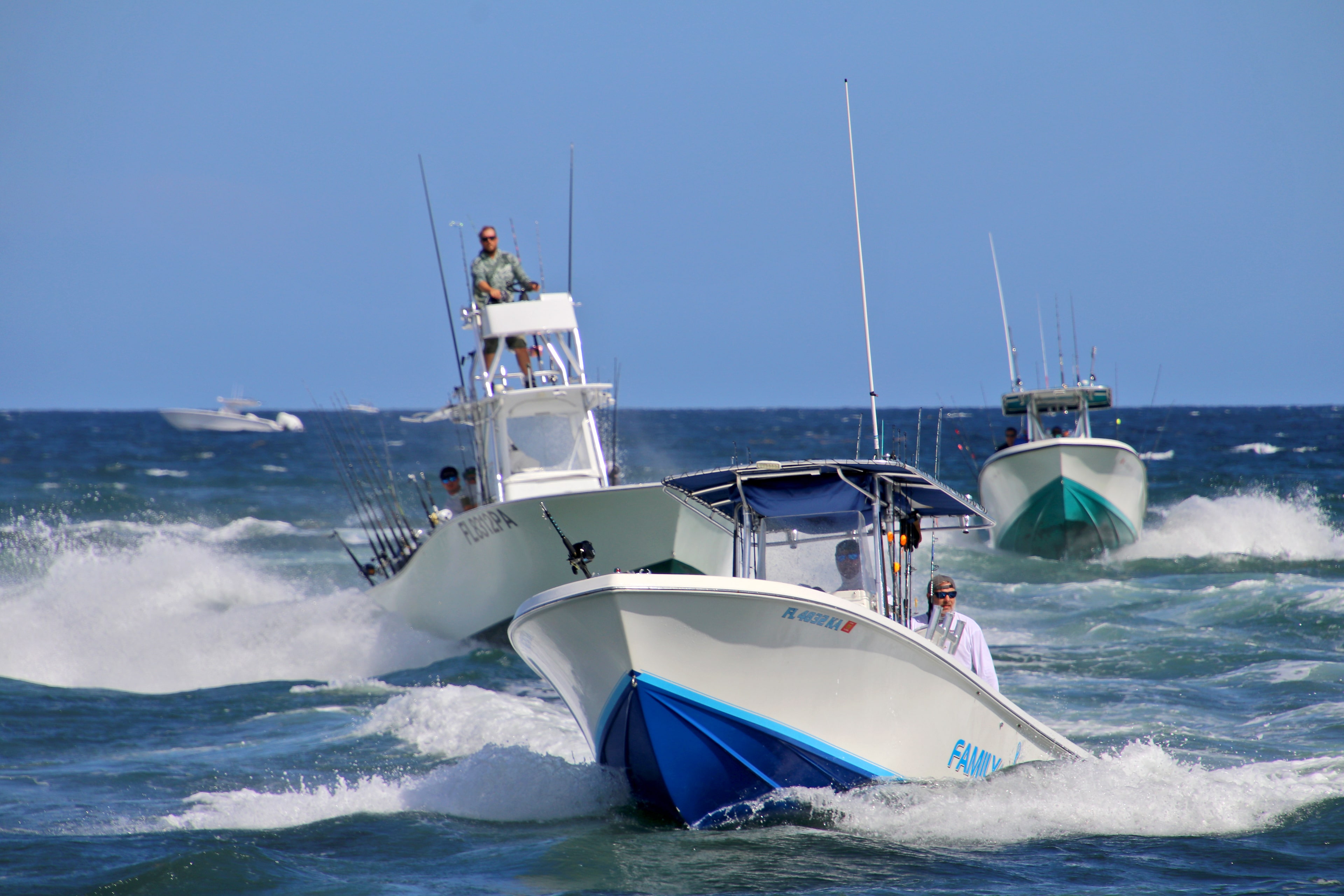 Tournament week gets started with a Kick-Off Party on Thursday, June 11th from 6-10 p.m. at the Pompano Beach Civic Center featuring decadent food hospitality courtesy of Blue Moon Fish Company, and complimentary drinks for registered anglers’ compliments of Landshark Lager, Tito’s Vodka, Bacardi, and Rabble Wine. Combine that with hundreds of raffle & auction items, a Spin-to-Win wheel, and live entertainment from DJ Select and it’s almost like you’re a winner without going fishing! “We are excited to be one of the first events to bring our fishing community back together, said Jamie Bunn, Executive Director of the series. For the short term, certain aspects of the events may look and feel a little different to safely accommodate any social distancing guidelines that remain in place during the events, however, anglers can still count on the first class event experience they are accustomed to from Bluewater Movements,”  said Bunn. 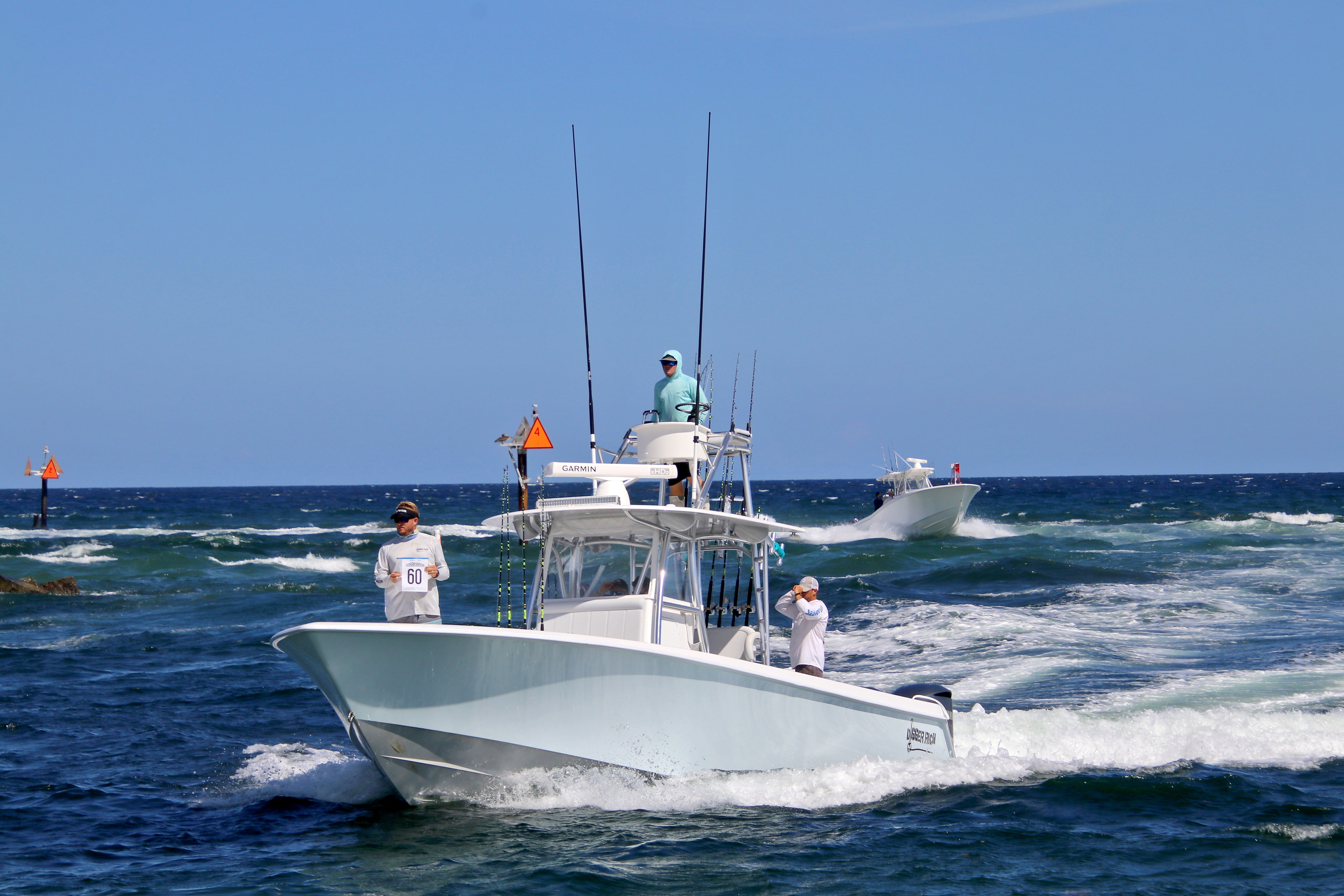 The Landshark Lager weigh-in stage opens at 4 p.m. at Sands Harbor Resort on Saturday, June 13th where teams will look to claim their piece of the massive purse! An express weigh-in option is also available at Lighthouse Point Marina. On Sunday, June 14th, it’s time to ‘Show Me the Money’ with the Saltwater Slam awards ceremony, sponsored by Bonefish Mac’s at the Pompano Beach Civic Center from 2 p.m. to 5p.m.