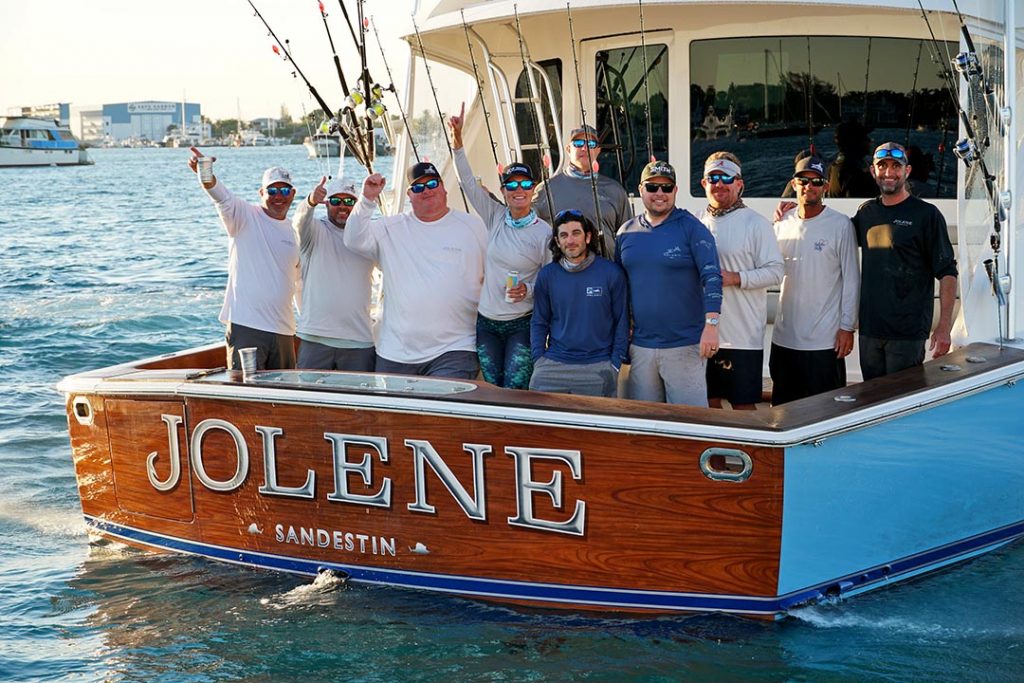 The 10th anniversary of Operation Sailfish was memorable in many ways. Hosted by Sailfish Resort & Marina in Palm Beach, the first leg of the Quest For The Crest Sailfish Series had 57 boats participate, a new tournament record, and teams competed for a cash purse totaling $555,125!

The bite was red hot on the first day of competition with a  total of 175 fish released. Teams, Native Son & Jolene were neck and neck all day, going back and forth with releases. Each team released 10 sailfish a piece, but Native Son had the advantage on time, and finished in First Place on Friday to win the Tier 1 & 2 Dailies! Jolene was the runner up on Day 1 but Day 2 would be a different story. With changing wind conditions, the bite slowed down on Day 2 and only 70 sailfish were released for the day, but Jolene managed to release their two fish early in the day and their 12 release tally was enough to claim their first tournament win in the Quest for the Crest! Their top team status included  second place in the Tier 1 & 2 Dailies for Day 2, 1st Place High Roller’s Club, 1st Place in The Big Easy, Late Bite Friday, and the Charity Calcutta for a grand total of $191,980! In addition to a boatload of money they also earned the prestigious champion’s dog tags. 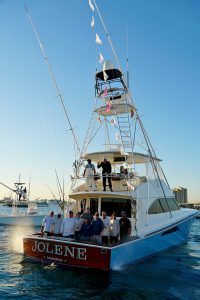 Native Son could not find the fish on Day 2 but still hung on to Third Place Overall in their 39’ SeaVee and had a nice chunk of change to take home themselves! Their 10 releases earned them 3rd Place in the Leaderboard Calcutta, 1st Place in the Day 1 Dailies, 2nd Place in The Big Easy, and Early Bite Friday for a $114,625 payday! 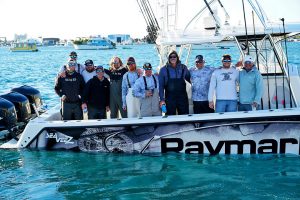 Fish Tales stayed in the mix all tournament, releasing 9 sailfish on Day 1 and 3 on Day 2 for a total of 12 releases for the weekend. Jolene had them on time, but Fish Tales still finished in Second Place overall on their Yamaha powered 37 SeaVee which qualified them for the new Small Boat Division & Small Boat Stash calcutta!! They swept the Small Boat taking First Place in the Division & Small Boat Stash as well as the Self Centered calcutta. The Second Place squad won $20,690! 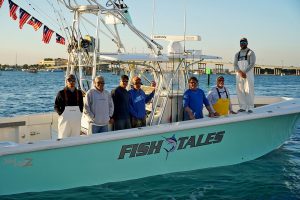 There were new and old faces participating in Operation Sailfish this year and one new face that left their mark at Sailfish Marina was team Farside.  Based in Miami, they proved that  they can still find fish in Palm Beach with a Sixth Place finish overall and 8 releases. Angler Aniel DellRosario won Master Angler, releasing 6 out of their 8 fish! Farside also finished in Second Place Small Boat Division & Stash, and took the top spot for the Non Pro Division. They won $4,810 and graduated from the Non Pro division in their first tournament with a top 8 finish at Operation Sailfish. 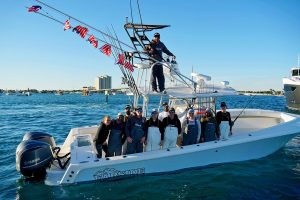 Miss Michelle did what they do best on their 39’ Contender and tipped the scales at Sailfish Marina with some major meat fish! They blanked on Day 1 but fought back on Day 2 weighing in 4 solid kingfish for a total combined weight of 152.4lbs! Their 53.9 King won them $20,700 for just one fish!! Miss Michelle claimed 2nd Place in the Meatfish Aggregate, Heaviest Kingfish, Grand Daddy, Big Fish Bonanza, Dynamite Daily Day 2 First Place, and First Place in the Big Three for a grand total of $43,565! 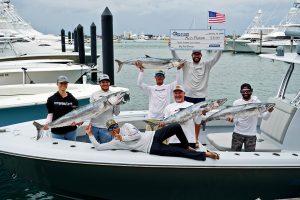 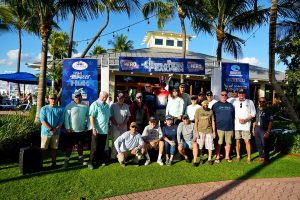 On Thursday, January 13th, 2022 the tournament hosted “Take A Hero Fishing Day”. The hero day is one of the most special aspects of Operation Sailfish. 28 heroes participated in the event this year and the oldest hero was Jack Melnick at 92 years young!! Jack enjoyed a day on the water alongside the Old No. 7 fishing team. Jack, originally from Philadelphia and a longtime snowbird turned permanent Florida resident, had only fished for Flounder and Striped Bass prior to Thursday’s outing. The Korean War Veteran spent much of his life on boats in the Navy and was very excited for the opportunity to be on the water again on Thursday. Thanks to Old No. 7, Jack was able to land his first ever sailfish, and had two released to boot! Jack won the title of Master Angler for “Take A Hero Fishing Day” and Old No. 7 won the High Point Team Award! And what are the odds that ‘Jack’ was paired on ‘Old No 7’? It must have been fate! We are always looking for new heroes to take part in this very special day. If you or someone you know are interested in participating in this event please contact Julie Potter, julie@bluewatermovements.com. Applications will be available in November 2022. 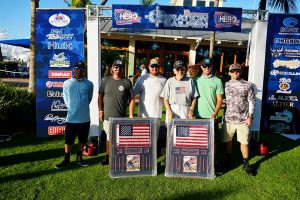 SAVE THE DATE! The Quest For The Crest continues with Sailfish Challenge from February 23rd-27th hosted by Galuppi’s in Pompano Beach and Blue Moon Fish Co in Lauderdale By The Sea. Early Registration ends January 28th. Register early to save $500! Please visit www.fish.bluewatermovements.com  for more information!

Bluewater Movements, Inc., is a sport’s marketing company based in South Florida, the  sportfishing capital of the world. Throughout the past 20 years, our team has developed some  of the most successful competitive fishing events in the industry. Our background in  tournament fishing coupled with our expertise in event marketing has enabled a premium  experience for tournament anglers and sponsors. Within our portfolio there are seven wildly  popular fishing tournaments, all hosted at various venues across South Florida.

COMPETE IN THE MOST PRESTIGIOUS SAILFISH SERIES IN THE COUNTRY. The Quest for the Crest is a 3-leg sailfish series with stops in Palm Beach, Ft. Lauderdale and  Miami, FL.

The allure of a $2 million dollar purse and a hot sailfish bite attracts some of the top  teams in the sport to this elite series every year. With prime dates secured in premier  destinations during the sailfish season in South Florida, each leg of the series is guaranteed to  deliver the ultimate tournament experience for fellow competitors. The crown jewel of  billfishing, the burgundy jacket, is presented to just one team at the conclusion of the Quest  series each year. Both the jacket and the crest that resides on it, represent the highest  achievement in the sport. Privilege is earned in this series where teams go all in to become the  #1 sailfishing team in the world.