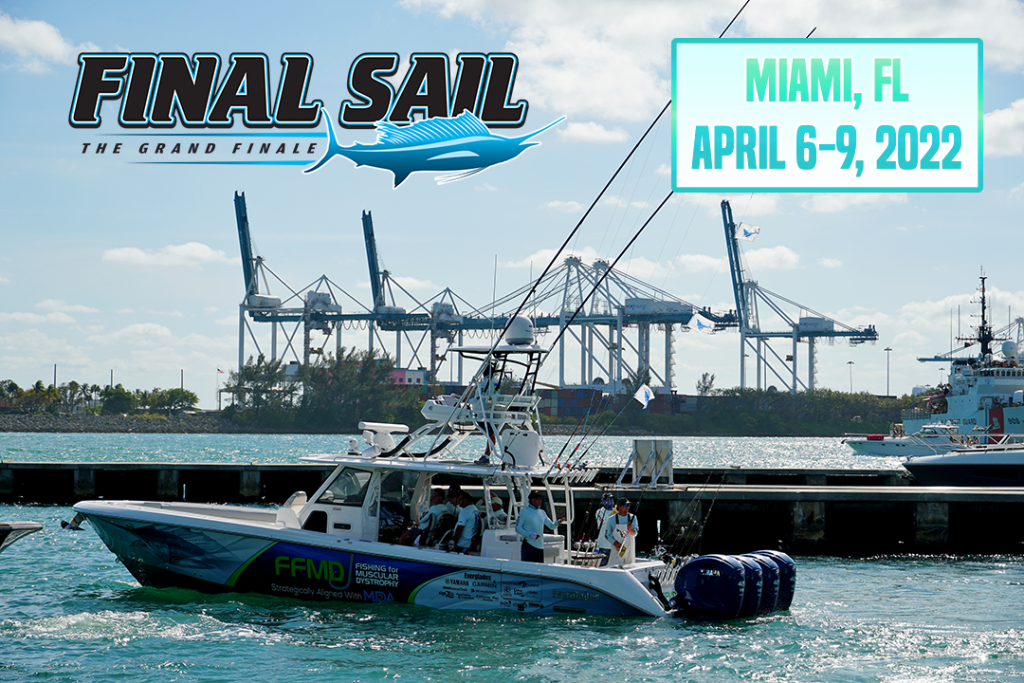 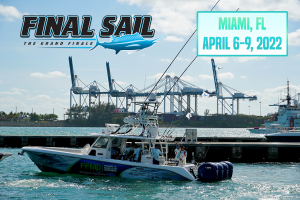 The Final leg of the Quest For The Crest Sailfish Series returns to the docks of Miami Beach Marina, April 6-10, 2022 where a $600,000 purse is on the line and the coveted burgundy jacket will be awarded to one lucky team. A kick off party will be held at the Doubletree by Hilton Grand Hotel, Biscayne Bay on Wednesday, April 6th from 7pm-10pm. Competition days will be Friday, April 8th and Saturday, April 9th. The awards ceremony will be held Saturday night following fishing from 7pm-11pm.

2022 Quest for the Crest Leaders

In the hunt are, Irish Twin, Native Son & On Sail. Irish Twin finished in fifth place in Operation Sailfish, releasing 8 sailfish during their time in Palm Beach and their 10 releases during last month’s tournament would be good for a 10th place finish in Sailfish Challenge. Irish Twin is also looking at winning their first burgundy jacket.

Captain Art Sapp and his Native Son crew had a great Operation Sailfish, releasing 10 sailfish and finishing in third place overall are in contention for their first ever burgundy jacket. An additional 8 releases in SFC helped put them into the top 5 Sailfish Series Overall Leaderboard. Will they finally get over the hump and come out on top in Final Sail?! On Sail had a monster tournament in Sailfish Challenge, finishing in third place with 15 releases and rounds out the top 5 on the overall leaderboard. History will be made this April as all 5 teams are looking to win their first burgundy jacket ever.

For the teams that may not be in contention for the burgundy jacket, there is still plenty of opportunity to win big at Final Sail. In the 2021 event, team Priceless finished on top of the 41 boat fleet and earned a stout check for $185,750 followed by Showtime in second with a payout of $115,550. Anyone’s bag to win, the Release Roundup has rolled over through the first two tournaments of the 2022 series with a jackpot expected to reach over $90,000 for one lucky team if they run the table in the Roundup at Final Sail!

In addition to the sailfish accolades, there are two major meat fish titles up for grabs at Final Sail. The Quest Sailfish Series also offers a meatfish title to the top overall meatfish team in the series. Team Miss Michelle holds a strong lead for the 2022 title, currently sitting in First Place with 276.6 pts. Close behind them is Team Blue Moon/ Chop It Up in Second Place with 266.8 pts.

Fishing For Muscular Dystrophy (FFMD) is the benefiting charity of Final Sail. The mission of FFMD is to utilize winnings to find a cure for neuromuscular disease while providing funds to raise awareness and support for those currently affected by Muscular Dystrophy. The FFMD program is a 501(c)(3) organization that was founded by Paul Robertson, a native of Maryland and successful entrepreneur and businessman, who has also been diagnosed with Muscular Dystrophy (MD). To date, FFMD has raised nearly $1 million to support the fight against neuromuscular disease.

For more information on all that FFMD does, please visit their website, www.fishingformd.com

To learn more about the Quest for The Crest and Final Sail please check out www.bluewatermovements.com or www.finalsail.com.

This iconic series hosts some of the top billfishing teams in the sport.  Teams in this 3-leg series are expected to compete for an estimated purse of over $2.3 million. However, the most coveted award – The Crest – doesn’t come in the form of a cash prize. The Crest represents the pinnacle of tournament sailfishing. It is viewed as the highest accolade bestowed upon a team.  Presented in jacket form, competitors must emerge as the most dominant among an elite field in order to don the burgundy jacket.  Privilege is earned, not given on this quest to crown a world champion.