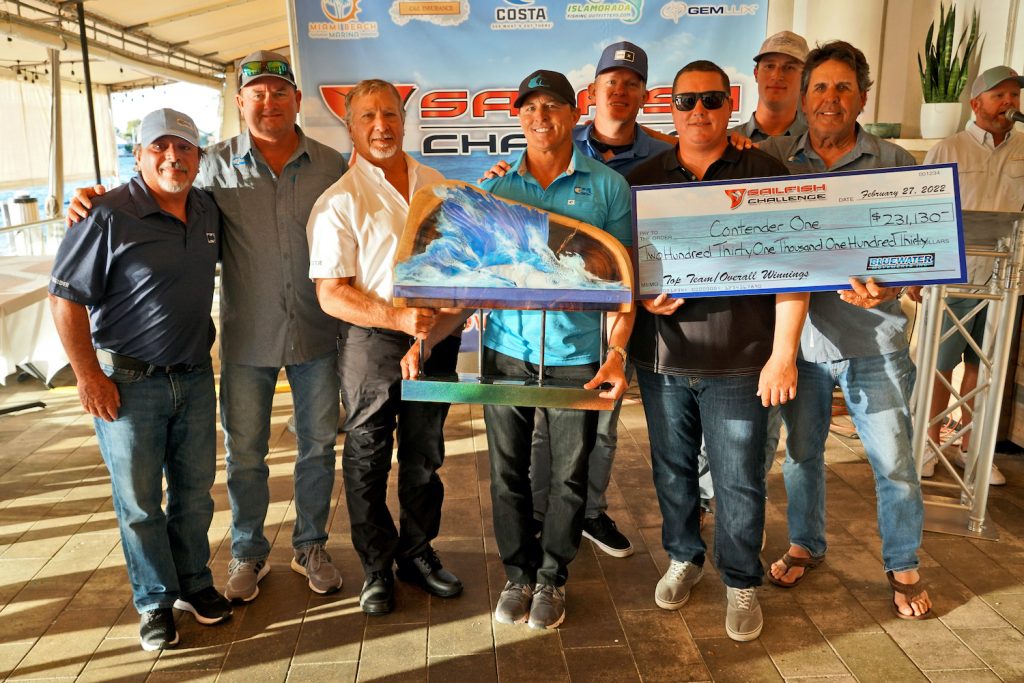 In standard fashion, the 2022 Sailfish Challenge saw teams battling on both ends of the 100-mile boundary for the chance to grab the ‘W’ at the second leg of the Quest for the Crest Sailfish Series. 56 teams turned out to compete for a $583,700 purse. Contender boats had the hot hand on Day 1 with team On Sail, on their 39ST, trading places at the top of the leader board multiple times with team Costa/C1Contender, on their Yamaha powered 44ST. Fishing off of North Palm Beach, On Sail held the lead with 12 releases with only 45 minutes before lines out. At 3:49pm, fishing off Miami, Captain Quinton Dieterle called in a triple hookup. They went on to release all three fish and win the $61,200 daily with 14 releases. Team Sandman took 3rd place overall on Day 1 with 13 releases including a white marlin for a $28,080 payday. A final tally of 232 sailfish and 2 white marlin were released by the lines out call on Day 1. 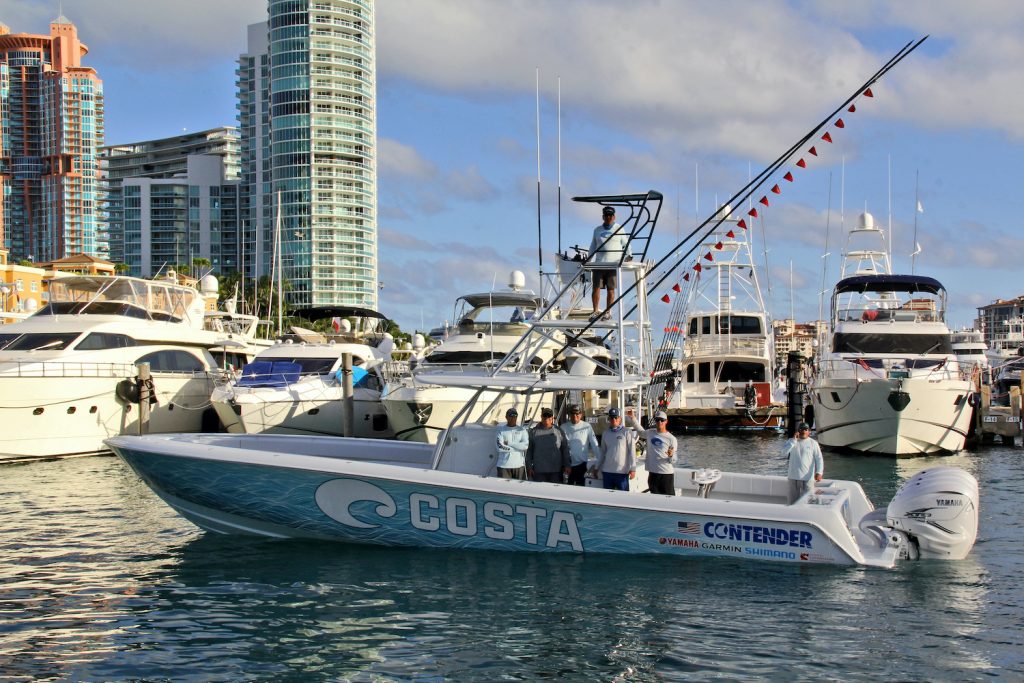 Heading into Day 2, several boats were gunning for team Costa/C1Contender and the 1st place position on the leaderboard. Team On Sail, released their 1st fish of the morning at 8:47am to inch closer to the top of the leaderboard, however, Costa/C1Contender would not relent. They added 4 more releases to their Day 1 count for a total of 18 releases and total winnings of $231,130! Michael Jordan’s Catch 23 team posted 8 releases on Day 1 and another 8 on Day 2 to secure 2nd place and a check for $90,865. They hooked a double just before lines out and managed to release both fish to jump past On Sail who finished in 3rd with 15 releases. On Sail was also the top Non Pro team in the tournament. Catch 23’s Calib Michelini was the Master Angler with 6 releases. 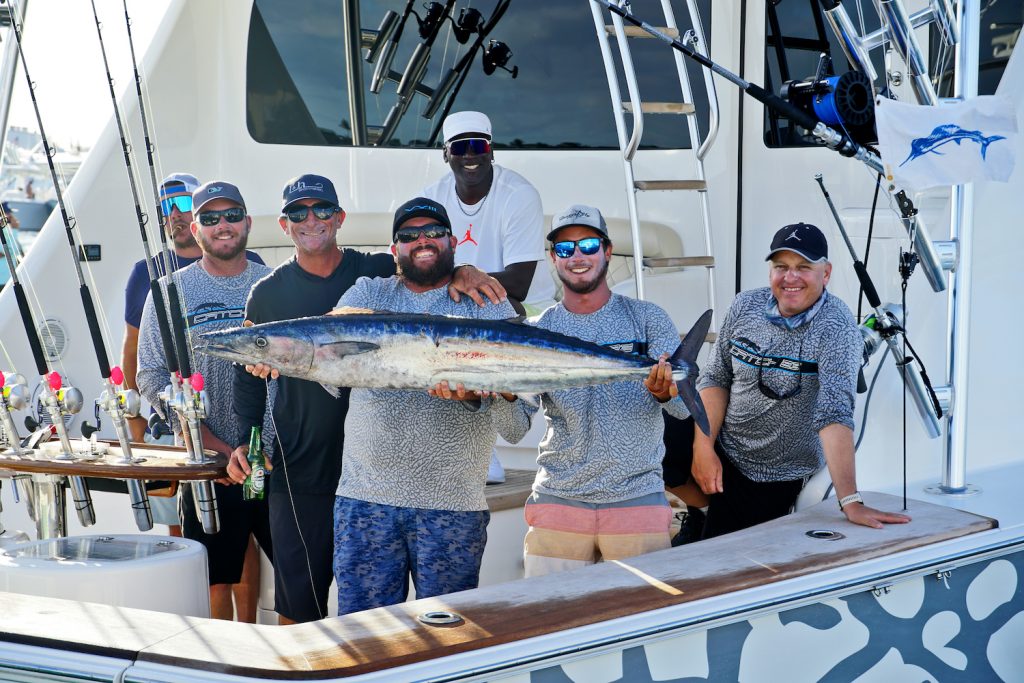 Team TB Sportfishing had a quiet Day 1 with 3 releases, however, they came back with a vengeance on Day 2 releasing 9 fish to win the Day 2 daily and finish 6th overall with 12 releases and a check for $69,120! In the meatfish division, team Chasin’ Tail posted a 47.8 pound wahoo in their Mercury powered 39’ SeaVee on Day 1 that hung on as the heaviest overall fish of the tournament and won the team a hefty $29,825. Team Blue Moon won the aggregate meatfish division with 200.4 pounds and $15,585 in winnings. 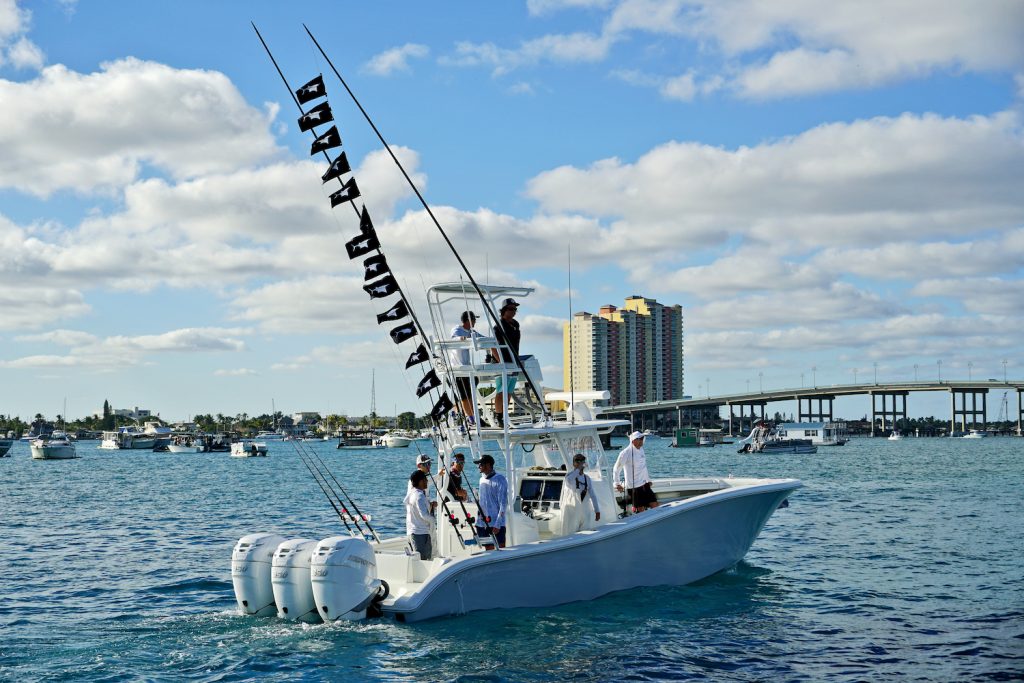 Rounding out the top 5 was team Owe Deere in 4th, also the top small boat, with 14 releases and team Outnumbered in 5th with 13 releases. Sandra MacMillan was the Top Female angler with 5 releases and Tony Agrios, team Reel Crazy, was the Top Junior angler with 4 releases. A total of 381 sailfish and 3 white marlin were released over two days. In addition to significant payouts to teams, the Sailfish Challenge also raised $9,675 for its tournament charity, The Billfish Foundation. Those funds will be allocated directly towards TBF’s efforts to curb shark predation impacts on billfish and other pelagic species that have continued to rise in the Southeast Atlantic over the past several years.

The Quest For The Crest concludes with Final Sail April 6-9, 2022! The Grand Finale of the Quest for the Crest Series, is hosted at the award winning Doubletree by Hilton Grand Hotel Biscayne Bay. Located in the heart of downtown Miami, anglers will find everything they need on property during their stay for the tournament.

A discounted room block is available on a first come, first serve basis through March 13, 2022 or when the block is full, whichever comes first.

This iconic series hosts some of the top billfishing teams in the sport.  Teams in this 3-leg series are expected to compete for an estimated purse of over $1.7 million. However, the most coveted award – The Crest – doesn’t come in the form of a cash prize. The Crest represents the pinnacle of tournament sailfishing. It is viewed as the highest accolade bestowed upon a team.  Presented in jacket form, competitors must emerge as the most dominant among an elite field in order to don the burgundy jacket.  Privilege is earned, not given on this quest to crown a world champion.